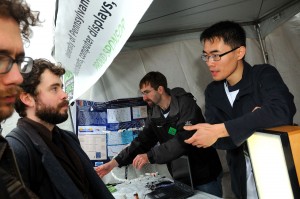 A new City-wide event, the Philadelphia Science Festival, was held for the first time from April 15-28, 2011. Research groups from Penn manned booths on the Benjamin Franklin Parkway in Center City to stimulate people’s interest in STEM careers. In addition, the Penn MRSEC sponsored two Science Cafes at local hostelries during the Festival.  Based on the apparent success of the event, it will be repeated annually. http://www.philasciencefestival.org/ 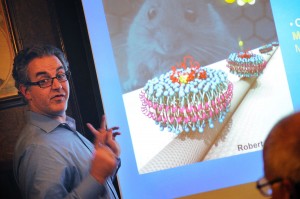