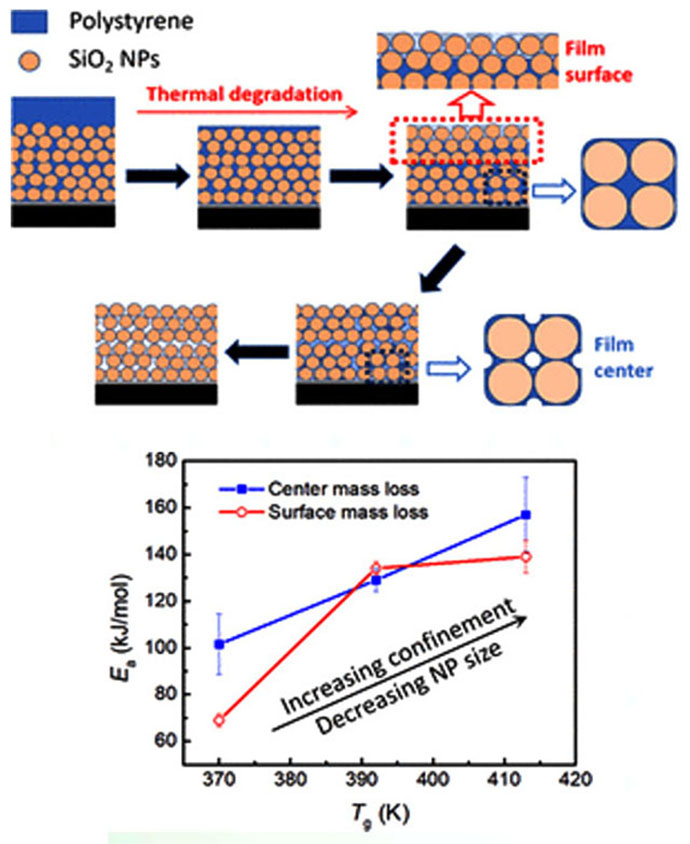 A collaboration between  members of IRG-1 (Fakhraai, Lee, Turner) explored the mechanical properties of disordered packings in different environments. Specifically, they investigated the effects of extreme confinement on the properties of polymer-infiltrated nanoparticle films. The films are formed using capillary-rise infiltration (CaRI) method in which polymer (polystyrene [PS]) is infiltrated into a nanoparticle film  to form highly confined disordered solids (top panel). Their results show that extreme nanoconfinement can significantly improve the thermal stability of PS and reduce its flammability. That is, spatial confinement enhancement the thermal stability of pure PS in ambient conditions. Experiments show that both the characteristic time of degradation, and the activation energy for degradation, increase with increasing glass transition temperature (Tg) (bottom panel). Degradation starts from the film surface and centers of large voids near the nanoparticle surface, suggesting a diffusion-limited process. The group is now exploring the mechanical properties of these confined  films as a function of polymer concentration and molecular weight.