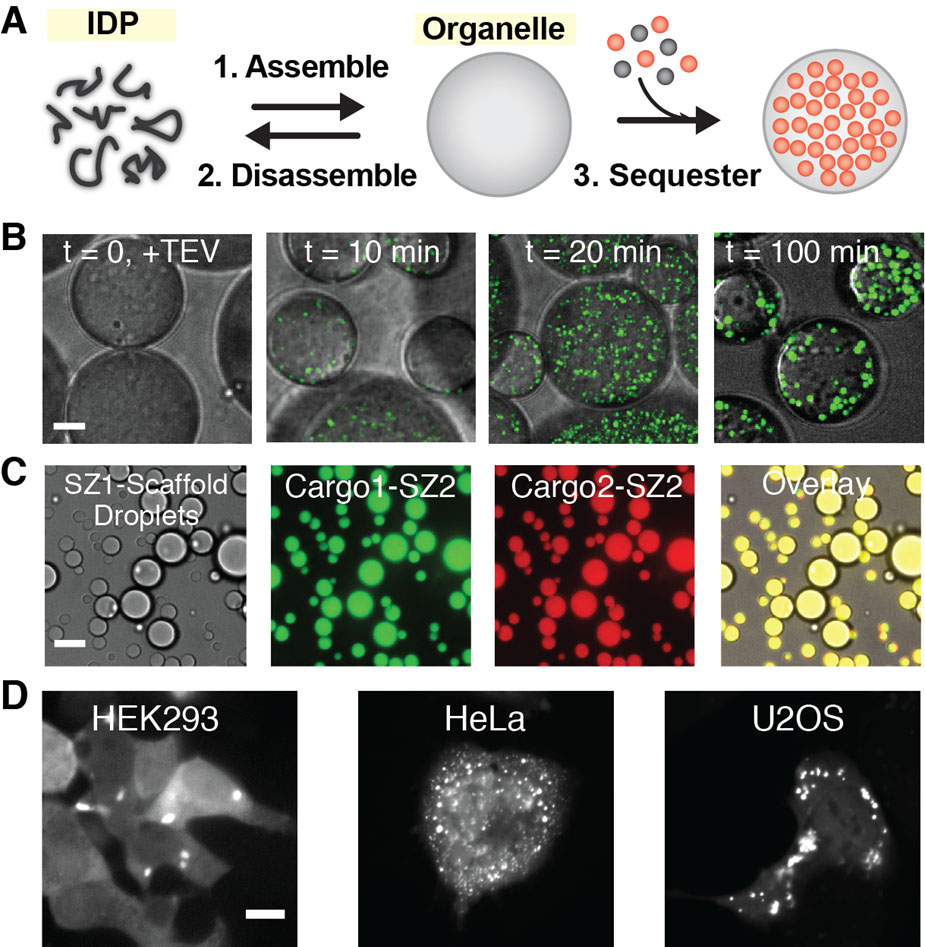 Our team designed a protein-based RGG material capable of self-assembly into micron size condensates that can be genetically encoded and expressed to form membranelles organelles in living cells. RGG is an intrinsically disordered peptide that coacervates to form a dynamic protein phase through weak, multivalent interactions. We leveraged this principle to designed RGG variants whose assembly could be enzymatically regulated through protease-mediated control of valency and solubility. To enable these synthetic organelles to function as a designer chemical compartment inside of  cells, we built in protein interaction motifs that recruit exogenous cargo proteins. 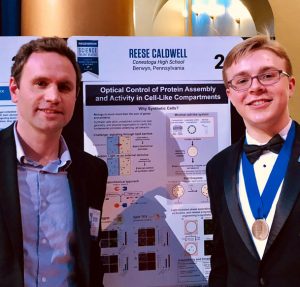 Our team has been committed to broadening the participation of underrepresented groups and educational outreach to local high school students. Hammer and Good lab have run high school summer programs at Penn, in which students from a local area high schools train in various experimental techniques, learn the tenets of good research practice, and present their findings at the conclusion of the term. The Mittal Group has existing partnership with Broughal Middle School which has a student body composed primarily of individuals from low socioeconomic status and otherwise underrepresented groups in STEM.