Microcapsules that encapsulate and protect molecules and materials by forming isolated aqueous compartments inside hollow shells are widely used in a variety of applications in the food, pharmaceutical, cosmetics, and agriculture industries. One promising method that has emerged is layer by layer (LbL) assembly, but this method to make microcapsules has low encapsulation yield, is tedious, and is time consuming.

Lee and Burdick have developed a new processing-structure-property relationship for a new class of polyelectrolyte microcapsules with high encapsulation efficiency fabricated by nanoscale interfacial complexation in emulsions (NICE). This involves interfacial complexation of polymers at an oil-water interface in a multiphase system, followed by spontaneous dewetting. The NICE microcapsules are potentially transformative because they are scalable with high encapsulation efficiency, they can encapsulate both hydrophilic and hydrophobic species in the core and shell of the microcapsules, respectively, and because microcapsules with functionality that rival LbL capsules can be generated. 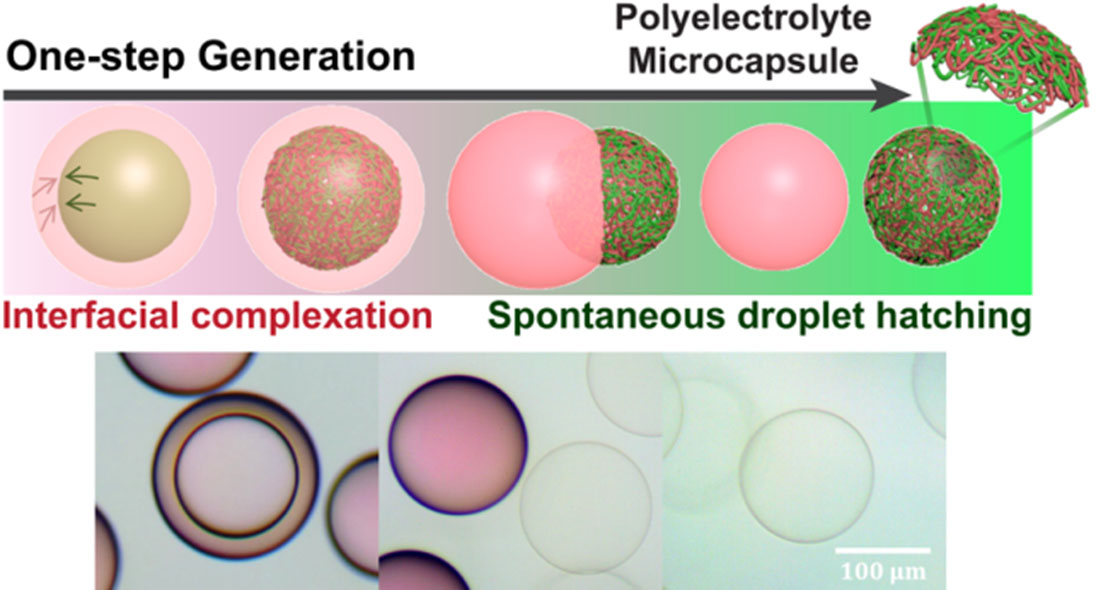