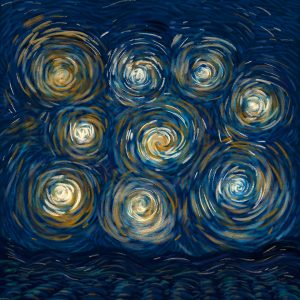 Resonances are ubiquitous in nature. Examples range from acoustic resonances in drums and guitar strings to mechanical resonances in swings and pendulums. The phenomenon of resonance can also be applied to light waves, which are key components in lasers, optical sensors, and telecommunication systems. Compared to other waves, the major challenge in trapping light lies in their high frequencies, meaning their feature sizes (wavelengths) are extremely small. Any disorder introduced in fabricating the resonators causes light to scatter out and escape from the trap. To overcome this challenge, Zhen group at LRSM introduced a new concept from topology, called topological charges, to trap light. A unique feature of this device is that it can generate nine separate charges (schematically drawn) and then merge them together into one “giant” vortex. This innovative idea experimentally demonstrated over ten times increase in how long light can be trapped in similar devices, and can lead to improvements to numerous optics-based applications in the future. 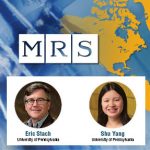