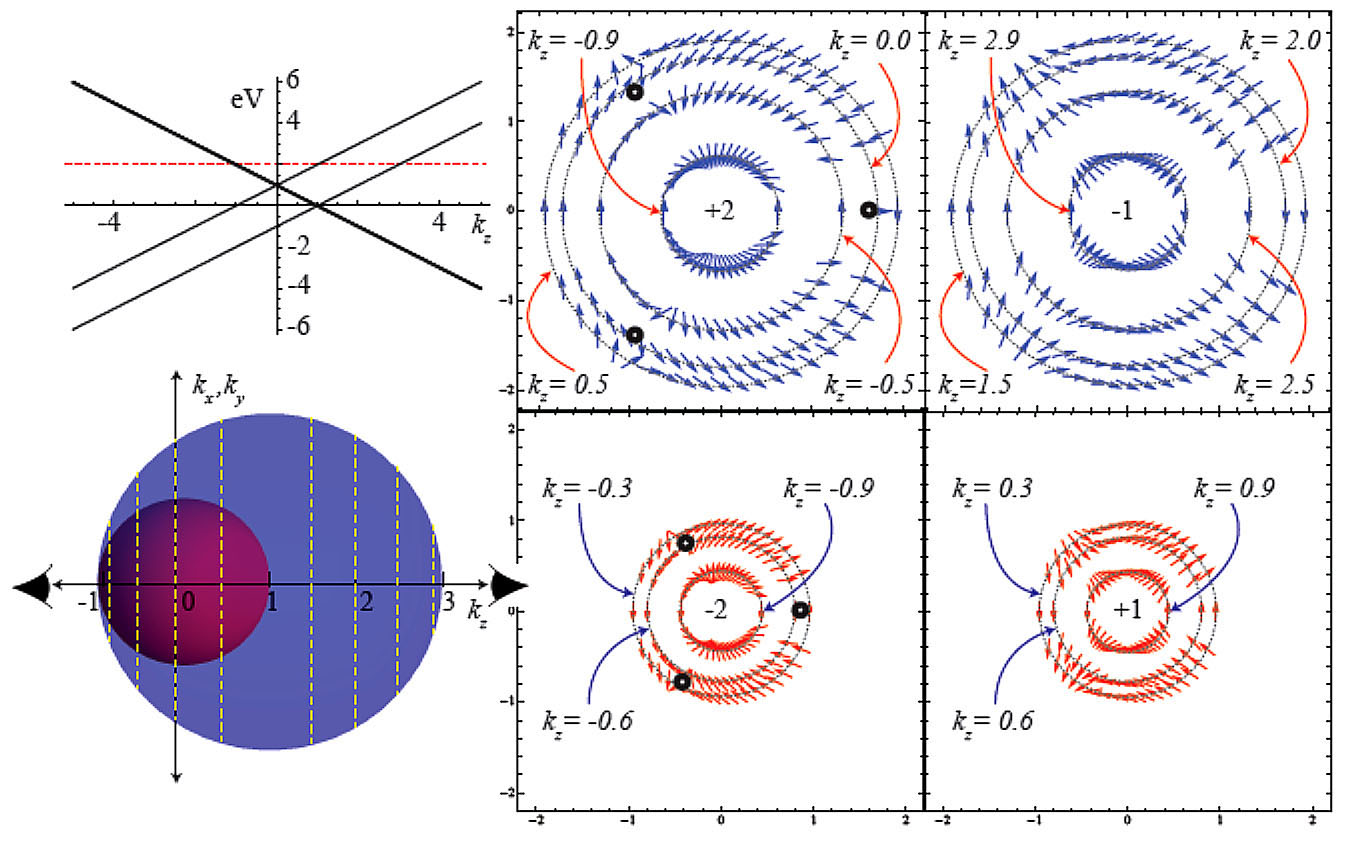 Spin Texture on the Fermi Surface of a Toplogical semimetal:
Top left: Band dispersion in the k·p theory of strained HgTe as a function of momentum along the (111) axis, featuring an unusual band crossing. The Fermi surface (bottom left) consists of two spherical shells that touch on the z axis. The right panels show the spin texture and spin winding numbers of the valence band states on the red (blue) Fermi surfaces. There are three points indicated where the spin texture vanishes.