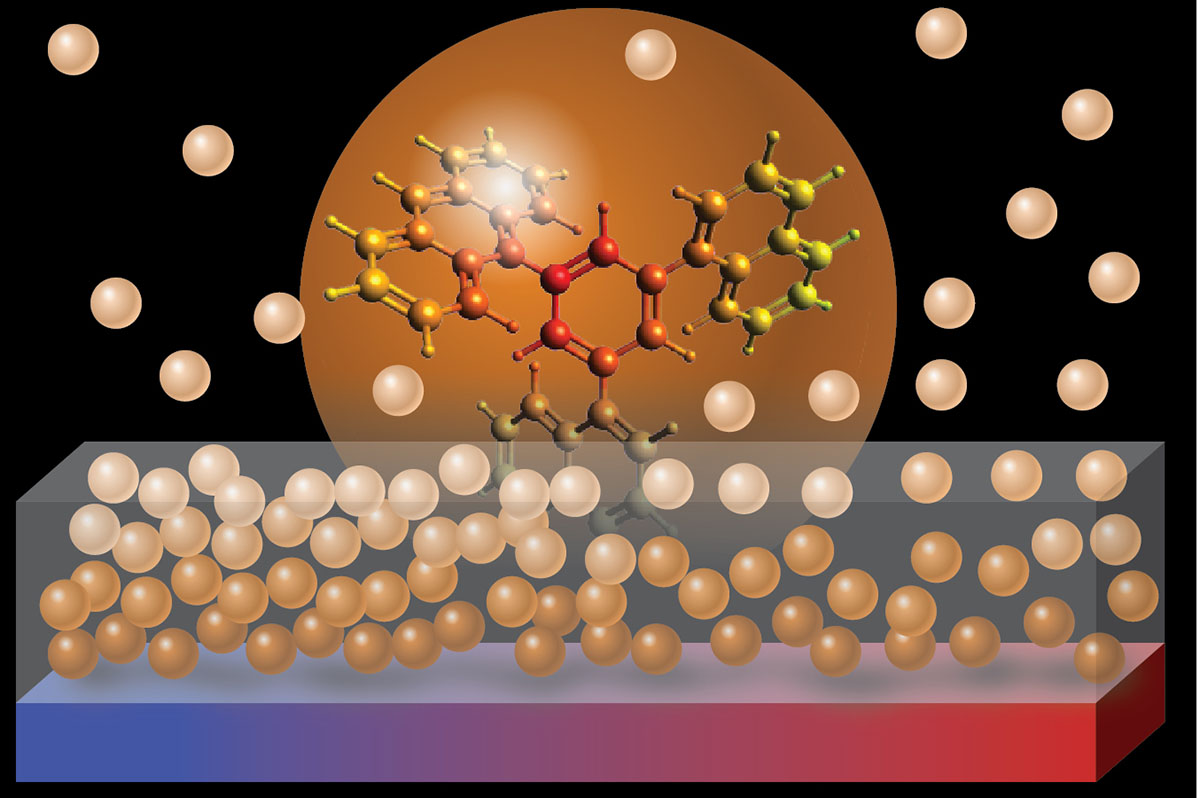 Stable glasses, disordered solids, are prepared by depositing molecules from a vapor phase onto a cold substrate. Stable glasses are typically birefringent, meaning that the index of refraction of light is different in the directions parallel and normal to the substrate. In most systems this is a result of molecules aligning in a particular direction as they condensate from the vapor phase into a deep glassy state. As such, if a molecule is spherically shaped, one would not expect to observe birefringence.

In a new study, Penn researchers Zahra Fakhraai, Patrick Walsh, James Kikkawa, and Joseph Subotnik designed a spherically shaped molecule and demonstrated that despite its round shape, the molecule can produce birefringent glasses upon vapor deposition. Through a series of experiments, graduate students Tianyi Liu and Annemarie Exarhos demonstrated that the birefringence in this system is due to the layer by layer nature of the deposition that allows molecules to pack more tightly in the direction normal to the surface during the vapor deposition. The denser the glass, the higher the value of birefringence. This process can be controlled by changing the substrate temperature that controls the degree of densification. This novel amorphous packing provides an opportunity to reveal fundamental properties of glasses at low energy states, a long standing question in solid state physics. This study was funded by National Science Foundation grants DMR-11-20901, DMR-1206270, CHE-1152488 and DMREF-1628407.